Peter was born in Bedford in 1925 and joined the Royal Marines at the age of 14 as a Band Boy. His first commission at the age of 18 was aboard HMS Cumberland where he visited The Bay of Bengal and Indian Ocean before returning to the UK in 1945.

It is believed that during this first commission with the Royal Marines, Peter worked alongside the Gurkhas to whom he developed great respect for their determination, hard work and loyalty, traits that Peter valued highly throughout his life.

While Peter was in hospital, he met his wife-to-be Kathleen, with whom he returned to Bedfordshire, where they married and settled with their children. He taught music as a peripatetic teacher before taking up a teaching position in music at Bedford School and then at Kimbolton School where he worked until his retirement. 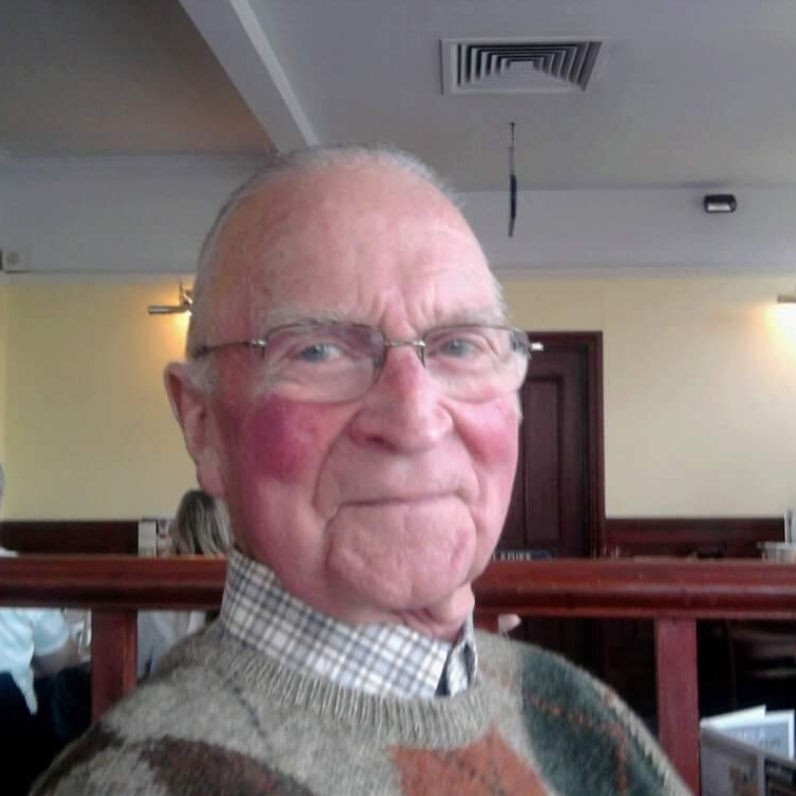 In the late 1990s, one of Peter’s former students from Kimbolton School introduced Peter to The Cambridge Saxophone Ensemble, a new saxophone-only group comprising a wide range of different-sized saxophones, which had recently formed at the university. Peter relished the opportunity to play his big bass saxophone in such a large group and to contribute some of his arrangements of classical works, some with the ink still wet as he turned up to the weekly rehearsals.

After a couple of years, some of the players moved to Oxford University and a new ensemble, Plural Sax, was born, with Peter providing the musical foundation to the group. Peter’s collaboration with the players lasted for well over twenty years with periodic concerts taking place in Cambridge, Oxford and also Kimbolton School.

Peter’s final meeting with Plural Sax was in November 2017, for what was to be his last toot. After a pint in the pub (or two in the case of Peter) it was clear to the group that even at the grand age of 92, once sat back in front of his music and with his bass in his hand, Peter hadn’t lost his ability to bring a smile to his fellow musicians. He was still more than capable of bringing his mighty saxophone, and his music, to life. 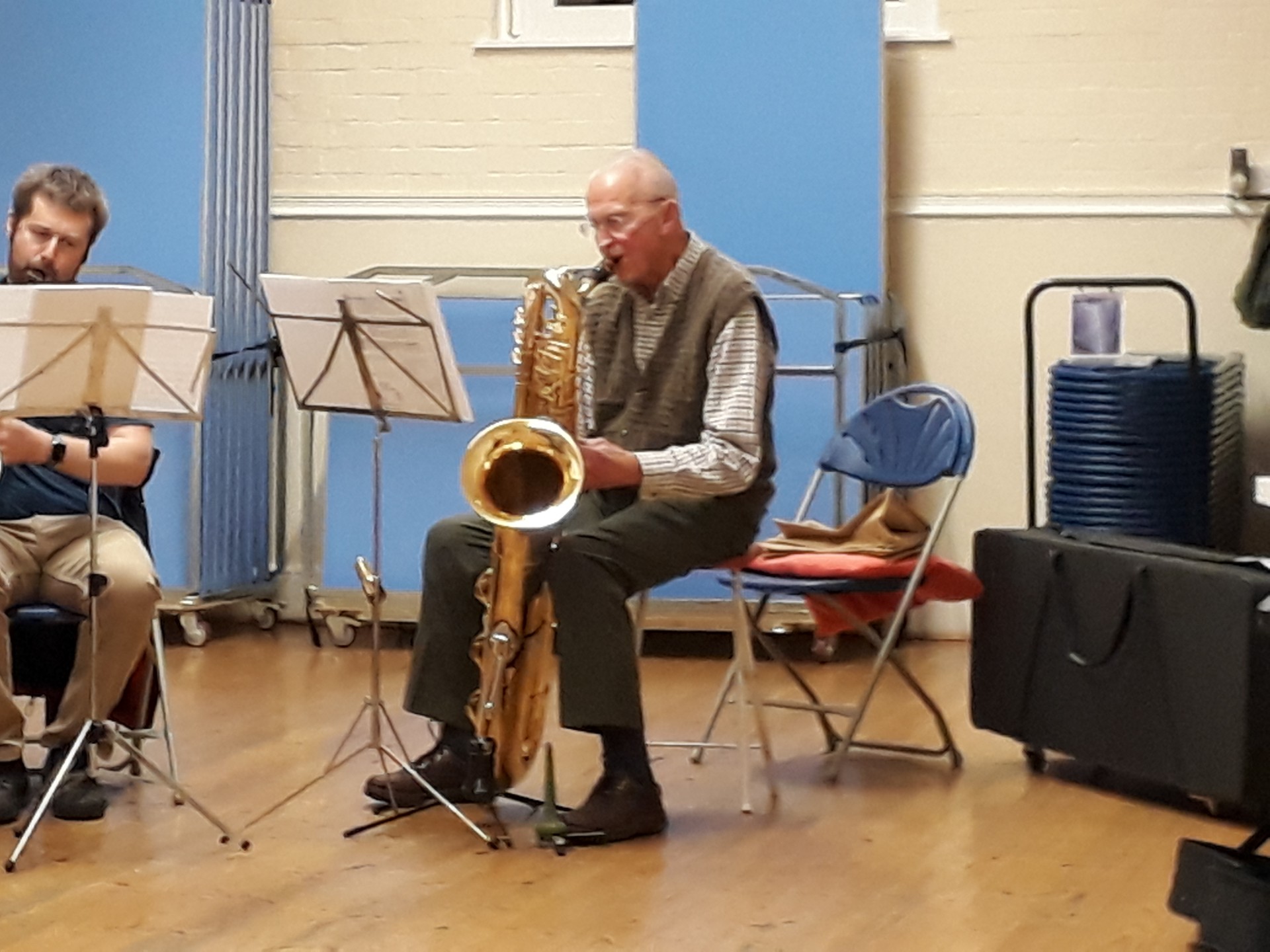 Upon hearing the news of Peter’s passing in April 2018, it was quickly decided by his fellow saxophonists that a fitting tribute to Peter would be a fund-raising concert.