A fitting musical tribute took place in St Andrews Church in September for Peter Guthrie, a much-loved local teacher and musician, who sadly died aged 92 in April 2018. Ten members of Plural Sax put on an afternoon concert to celebrate Peter, his love of the saxophone and his musical contribution to the group. 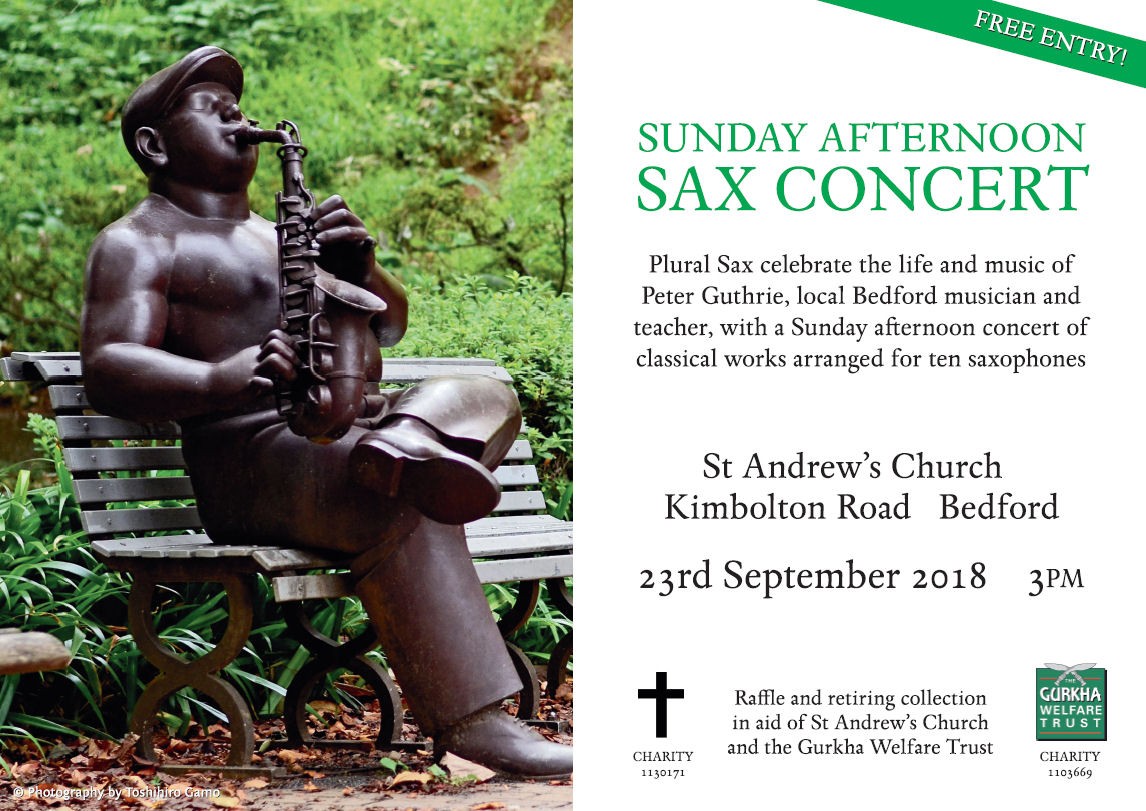 Upon hearing the news of Peter’s passing in April 2018, it was quickly decided by his fellow saxophonists that a fitting tribute to Peter would be a fund-raising concert in aid of the Gurkha Welfare Trust and St Andrews Church, two organisations Peter had great affinity with. And so it was, with joy and affection, that Plural Sax entertained around 80 people with Peter’s music, some travelling long distances to pay tribute to the great man.

A raffle which was supported by many local businesses including Gourmet Burger Kitchen, Pilgrim’s Progress, Tesco, Costa Coffee, Pizza Express, The Park Pub and Kitchen, Waitrose, Sainsburys and The Pheasant Pub along with the retiring collection raised £530.22.

Thanks to everyone who came, took part and who gave generously.